Who wants to name a tank?

Well, I promised some better pictures of my Veteran squad, and so here they are! 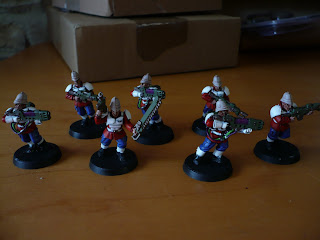 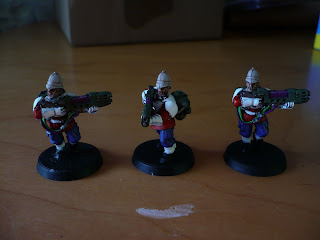 Even though they're not quite finished, with just little bits of detail here and there to do (facial hair, aquila's, etc) I'm really pleased with the results. The three plasma gunners were converted from the Forgeworld Cadian Hazardous Environment troopers, and it was very simple to do a head swap, and even manage to salvage the top part of their backpacks to use as demo charges! All that's left to do now is to paint the squad's vox caster and Autocannon team.

I've also finally 'bit-the-bullet' and painted a tank for these men - the first tank I've painted for a long time, as I've never managed to paint one to a standard that I'm happy with... Until now. 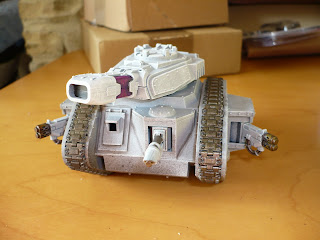 And here we have my Plasma-cutioner! Again, this tank isn't quite finished, with just some scorch marks to add around the barrel of the main gun, and to also add some decals to give it some character, but as I've never been any good with painting tanks before, I'm really happy. I'm also really pleased with the plasma coils, which have come out really well. I will be painting some plasma cannons for the sponsons to replace the multi-meltas, as there's nothing more terrifying than 5 Plasma cannon blasts coming from this tank in a turn!

Here's a question for all of you though - what should I call this beasty? And here's some more piccies. 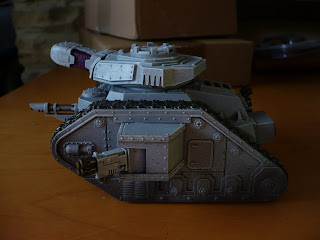 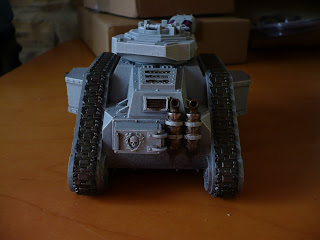 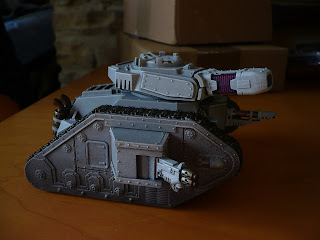 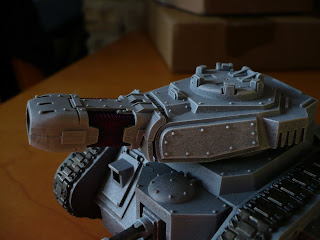